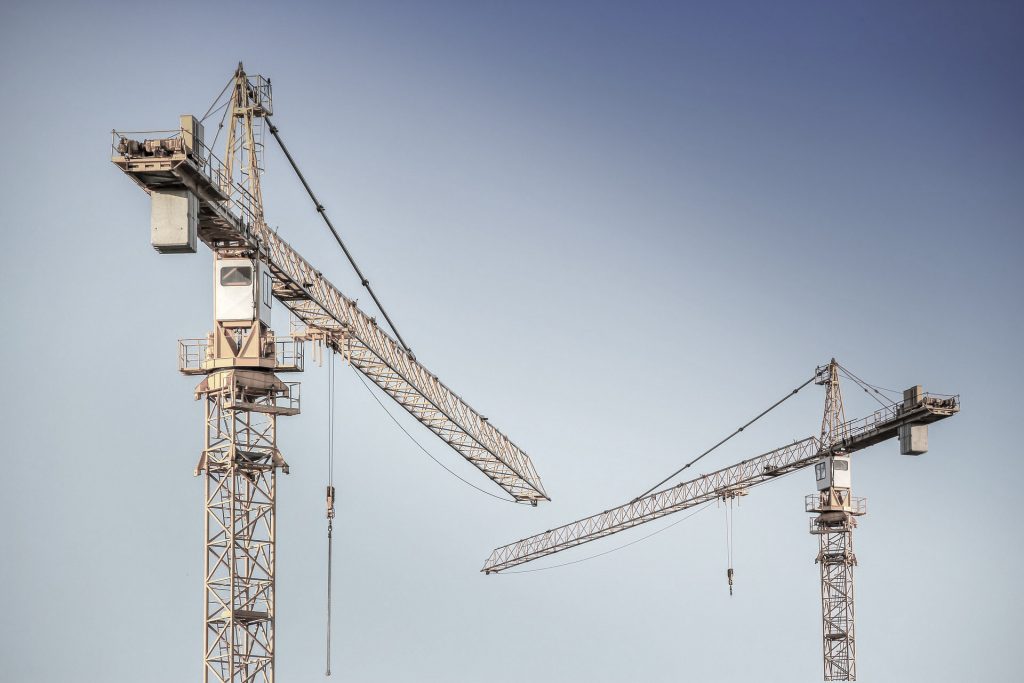 Doka UK 29 March 2019.-The possible requirement for new laws and regulations to control and manage the environmental impact of companies may affect many industries post Brexit, including construction. This is a pending issue that has already begun to be organised with bills and with numerous reports, forums and expert opinions. In response to this topic around Brexit, the UK may need to set its own regulations to protect the environment. For this reason, we have consulted the first drafts and texts that are already being discussed. The following article examines how this new legislation might affect the construction industry.

The UK has made “substantive gains” from EU environmental directives but a lack of resources in their implementation and complexity of environmental assessments are growing concerns, according to a study commissioned by the Royal Town Planning Institute (RTPI).

The study looks at how planning and environment management can work better after Brexit and explores opportunities for enhancement or simplification between the two organisations.

Brexit gives planners the opportunity to rethink the interface between planning and inherited EU environment legislation for the first time in decades and to propose improvements in the long term.

It finds that planners “rarely attribute difficulties they experienced with EU environmental legislation and planning procedures to the legislation itself”, but more to domestic implementation problems exacerbated by a lack of resources and experienced staff.

Richard Blyth, RTPI Head of Policy and Research, said: “While there is short-term alignment with the existing EU requirements, Brexit gives planners the opportunity to rethink the interface between planning and inherited EU environment legislation for the first time in decades and to propose improvements in the long term”. “The study provides valuable insight into counteracting the prevailing obsession that Brexit is about easing EU restrictions or red tape, when the report shows that we need a fresh, strategic look at the UK’s environmental goals and standards and how we can better use the planning system to achieve them.“

Respondents to the RTPI’s Brexit study referred to the significant clean up of rivers and beaches, air quality improvements, and to areas of biodiversity landscape that would otherwise have been built on as direct benefits of EU directives.

Planners attribute these successes to the clear goals of specific legislation, the EU’s arms-length status from national and political pressures which helps to drive implementation, and its ability to impose fines. However, planners are more equivocal about the effectiveness of EU-derived procedures, singling out Environmental Impact Assessments (EIA) and Strategic Environmental Assessments (SEA) as concerns.

The report indicates that we may need a fresh, strategic look at our own environmental goals and standards and how we can better use the planning system to achieve them.  Few, however, favour scrapping them, but point to the need to scope them more rigorously at the outset and to resource planning teams better. Mr Blyth added:“The overall sense we get is that planners want to see the rigour, ambition and clarity of EU environmental governance re-created in the UK but with greater procedural flexibility on how outcomes are achieved. The RTPI will use this learning to push the Government and the profession to make a positive choice about the future of environmental planning.” 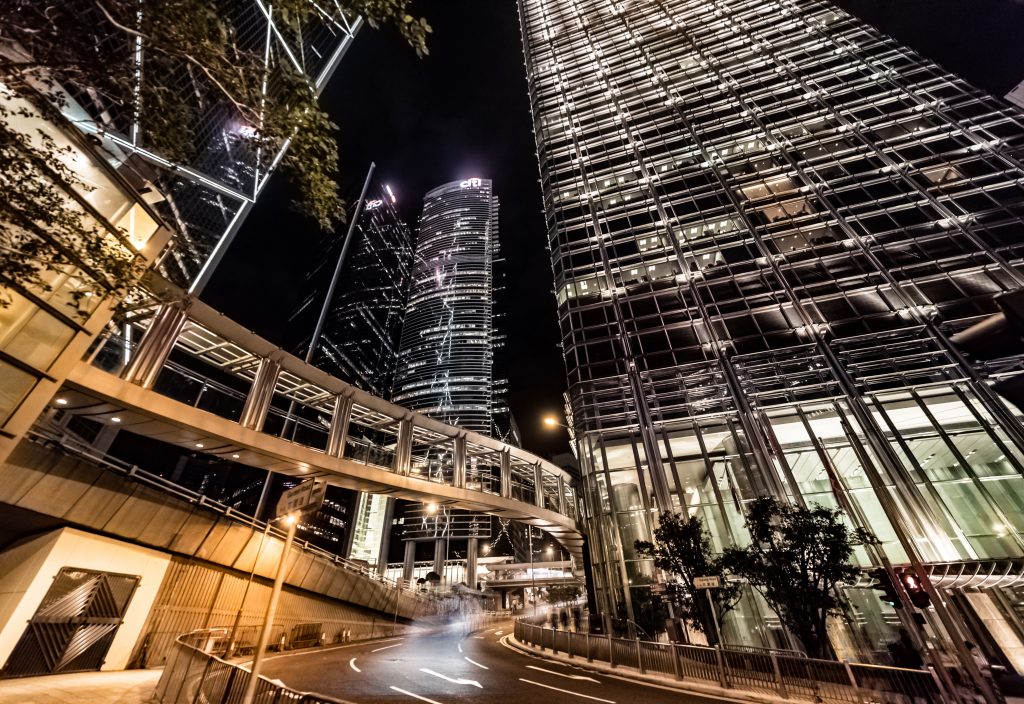 According to Environment Analyst, the work to have a new environmental policy in the UK is at an advanced stage

The bill, published at the end of last year, sought to reassure stakeholders by basing future environmental governance on three key pillars: the creation of an independent environmental watchdog; the integration of environmental principles in UK law; and the placement of the 25 Year Environment Plan on a statutory footing (EA 08-Jan-19).

Now the smoke has settled, and environmental commentators and stakeholders have had a chance to digest the proposals, there is optimism over the future of post-Brexit governance.

In January, The Royal Aeronautical Society in London hosted the Westminster Energy, Environment & Transport Forum on environmental principles and governance post-Brexit. The timing of the conference was notable: merely hours after Prime Minister Theresa May had suffered the largest defeat by a sitting government in history. However the mood was remarkably upbeat. An atmosphere of quiet confidence and optimism surrounded the speakers and attendees that the Environment Bill is at least on the right path.

Executive director of the Green Alliance Shaun Spiers said the prospects for environmental governance looked “a hell of a lot more encouraging than 18 months ago”. He added that while a lot of environmentalists were remainers in the referendum, the challenge to “take back control” has been adopted by many in this space providing a new lease of energy to debates.

Nevertheless, it was the minutiae and real-world application of the Environment Bill which continue to concern industry stakeholders. Delegates grappled to come to terms with the structure of the Office for Environmental Protection (OEP) and what present-day examples it would be comparable to.

The Environment Agency’s chair Emma Howard-Boyd provided perhaps the most positive outlook of the day, and compared the Office of Environmental Protection to Committee on Climate Change – set up through a separate act of parliament to advise and monitor government activities in tackling climate change. She also sought to dispel Spiers’ concerns over its enforcement capabilities.

“We recognise outstanding questions about its resourcing and ultimate powers, but we think the OEPs proposed approach – investigating complaints about environmental law and bringing about compliance through legal proceedings – could hold government and public bodies to account effectively.”

That said, Howard-Boyd called on the government to strengthen ‘clause 4’ – which ensures ministers “have regard” to the environmental principles – by embedding them in a domestic framework of policy and law so that the courts could refer to them. She also called for a “transparent legal mechanism” to be set up which allows business, government, regulators and NGO representatives to set environmental standards”.

Spiers lamented the requirement of members of parliament to “only have regard” to the environment principles and slammed the OEP for being a “bog standard non-departmental public body” funded by the government, without the enforcement powers of the ECJ. He also expressed concern the OEP at the moment only seems to cover England – with no progress made yet on similar bodies in Wales, Northern Ireland or Scotland.

The EEF’s head of climate, energy and environment policy Roz Bulleid provided a cautionary note that the UK must be careful not to raise standards to a point where it becomes commercially uncompetitive in the trade of goods. She referenced a proposal by Defrato introduce a tax on emissions which would be in addition to the Industrial Emissions Directive.

“What all manufacturers really want is a long-term road map allowing businesses to plan effectively,”said Bulleid.“The climate change act and carbon budgets are a good example of a long term plan with key measurable and deliverables which we support.”

Head of environment and health at the CIA, which represents around half a million employees in the chemicals and pharmaceuticals industry, Roger Pullin made a big case for the inclusion for an“innovation principle”.

He said whenever a policy or legislation – including environment – is under consideration its impacts on innovation should be assessed. The CIA would like to see this included in UK law working alongside the environment principles. 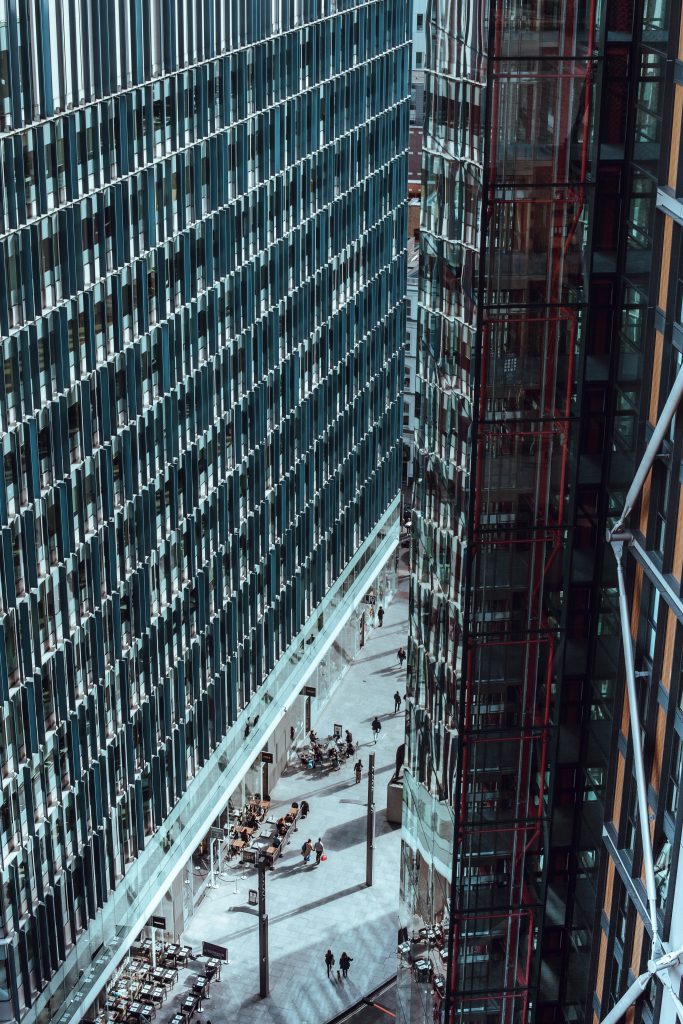 The green protections of the UK, pending definition

According to Climate Home News, the government plans to create an environment watchdog, replacing the EU’s role in making sure member countries meet their commitments. But proposals for the agency earlier this year drew criticism for excluding oversight of climate change policies.

Britain’s greenhouse gas emissions targets are already locked in national law, and set higher than the EU’s reduction goals. Yet around 55% of the rules designed to make sure the goals are met, such as targets for adding renewable energy and improving efficiency, are covered by EU law, rather than national, according to the UK’s independent advisory Committee on Climate Change. “The pre-emptive measure is to make sure the watchdog has oversight of UK climate law,” senior policy advisor at the Green Alliance think-tank, Chaitanya Kumar said.

That said, the fact that the draft mentions climate change in its list of environmental protections suggests the government will have to include it in the new watchdog’s role, said Liberal Democrat Lord Robin Teverson. “This, to me, requires it,”Teverson told Climate Home News.“Although it’s not perfect … hopefully that would at least put some pressure on the government to make a system that has rather more teeth than it would perhaps want it to have.”

The draft deal would also make sure the UK has a carbon pricing scheme that is “of at least the same effectiveness and scope” as the EU’s emissions trading system, without making clear whether the country would leave the bloc-wide market. In an outline of a political declaration on the future EU-UK relationship, Britain said it would consider the potential for linking a national emissions trading market to the EU’s. The UK government has been weighing different optionsfor pricing carbon emissions after Brexit, including creating a national market and possibly linking it to the EU’s, or setting a domestic carbon tax.

Click https://www.doka.com/uk/system-groups/doka-system-components/formwork-sheets/multi-ply-formwork-sheets/index?changecountry=UK to find out more about our FSC accredited plywood.