Doka UK 11 January 2019.- The UK’s construction industry is a complex one. From the ‘beast from the east’ in March last year, to the impending uncertainty of Brexit, the industry showed its resilience and ability to bounce back in 2018. But what can we expect from 2019? Before looking at how the UK construction industry can evolve during 2019, we take a look back at last year.

Big figures and projects planned for 2019

The UK construction sector ended 2018 on a weaker footing, hitting a three-month low in December as reported by The Guardian. This was amid the continuing fading commercial investments and the growing risk of a no-deal Brexit.

According to the Markit/CIPS UK construction Purchasing Managers’ Index (PMI), which is closely watched by the Bank of England and the Treasury as an early warning gauge for the UK economy, building activity suffered a slowdown in December.

The PMI dropped to 52.8 in the final month of the year, from 53.4 in November, missing economists’ forecasts. A reading above 50 still indicates growth confidence.

The latest snapshot revealed construction companies expected a disappointing period during the last month of 2018 as new orders increased at a relatively subdued pace, amid some reports that wet weather disrupted work.

The slowdown largely reflected softer activity in the commercial sector at a time of rising uncertainty for businesses considering building projects with less than 90 days to go before Brexit.

Howard Archer, the chief economic adviser to the EY Item Club forecasting group, said: “Some companies’ willingness to commit to major new projects at this stage is being limited by Brexit uncertainties and concerns over the economy.”

While activity faded in December, strong demand for residential property among first-time buyers helped support the levels of work for housebuilders, while civil engineering activity rose at the quickest rate since May 2017.

Despite concerns over delays to major civil engineering projects, such as the building of Crossrail in London, analysts said construction companies would be hoping the government would push to get other infrastructure projects up and running this year.

Companies in the PMI survey reported improved confidence in their outlook for construction activity for the year ahead, although economists said activity would likely remain subdued amid labour shortages.

Max Jones, a construction specialist at Lloyds Bank, said: “While December was marked by further political uncertainty, the main challenges likely to be keeping construction bosses awake at night are more sector-specific, such as delays to projects being signed off and ongoing concerns about labour supply.”

Optimism in the construction industry, which accounts for around 7 percent of British economic output, rose to an eight-month high in December

“Subdued domestic economic conditions and an intense headwind from political uncertainty resulted in the weakest upturn in commercial work for seven months,” IHS Markit economist Tim Moore said. “Levels of optimism remained subdued in relation to those recorded by the survey over much of the past six years, largely reflecting concerns that Brexit uncertainty will continue to encourage delays with decision-making,” Moore said. Businesses in the much larger services sector reported the slowest sales growth in two years during the final three months of 2018.

UK Construction Media anticipates what will be the key to the construction sector in 2019: We are living in uncertain times, and 2019 will likely be a year defined by unpredictability. Analysts predict that the UK economy will grow by only 1.5% in 2019 (a slowdown from the 1.7% estimated in 2017) amid the fallout from Brexit. The building industry is likely to be one of the most affected given its reliance on an international workforce. A shrinking workforce could force greater automation as a way of reducing costs while maintaining production levels.

Brexit is likely to reduce inward investment, exacerbating the chronic low productivity issues of the construction industry. According to the Financial Times, The sector’s productivity was only 8.9% higher in Q1 of this year compared to the same period in 1997, over two decades ago. In comparison, output per hour worked has risen by 27.6% in the economy as a whole. Uncertainty is likely to affect investment in 2019, potentially resulting in productivity dropping even further behind the average.

UK Construction Media further report that construction firms operating in the UK will need to prioritise ways to increase their productivity levels in 2019. Investment will be needed more than ever, and only the deepest pockets will be willing to take the risk in such uncertainty.

The construction sector has a challenging road ahead. Uncertainty will reduce investment and productivity levels, potentially risking jobs and projects. The collapse of Carillion in 2018 should warn others about the importance of managing finances appropriately in difficult times. Nevertheless, there are signs that the sector will improve its green credentials by targeting embedded carbon and by those with the deepest pockets finding the capital to introduce greater automation. The changing landscape of construction is fascinating, and one that will hopefully embrace sustainability more fully in the years to come.

The infrastructure sector remains a key driver of growth for the whole construction industry reports Planning & Building Control Today (PBC). Going further, they state “Output is forecast to hit a historic high of £23bn by 2020, thanks to HS2 and Hinkley Point C. However, the delays and cost overruns seen on Crossrail recently have given the economists at the Construction Products Association (CPA) doubts about whether these other major infrastructure projects can be delivered without cost overruns and delays. It, therefore, sounds a note of caution and has reduced growth in the infrastructure sector to 8.7% for 2019, down from its previous forecast of 13%.”

Outside the construction sector, macroeconomic predictions are different

The Wall Street Journal declares that much of the U.K.’s “just-in-time” trade with Europe arrives on trucks riding ferries across the English Channel from Calais to Dover. Some 10,000 trucks cross the channel in both directions each day carrying products such as food, medicine and auto parts that go straight to assembly lines.

Under a so-called hard Brexit without an agreement on trade and border procedures, customs checks would kick in for the first time in almost half a century.

That will bring a flood of new paperwork, which exporters and freight forwarders describe as a “nightmare.” In the U.K. alone, a quarter of a million businesses will have to fill customs declarations for the first time ever, according to the National Audit Office. 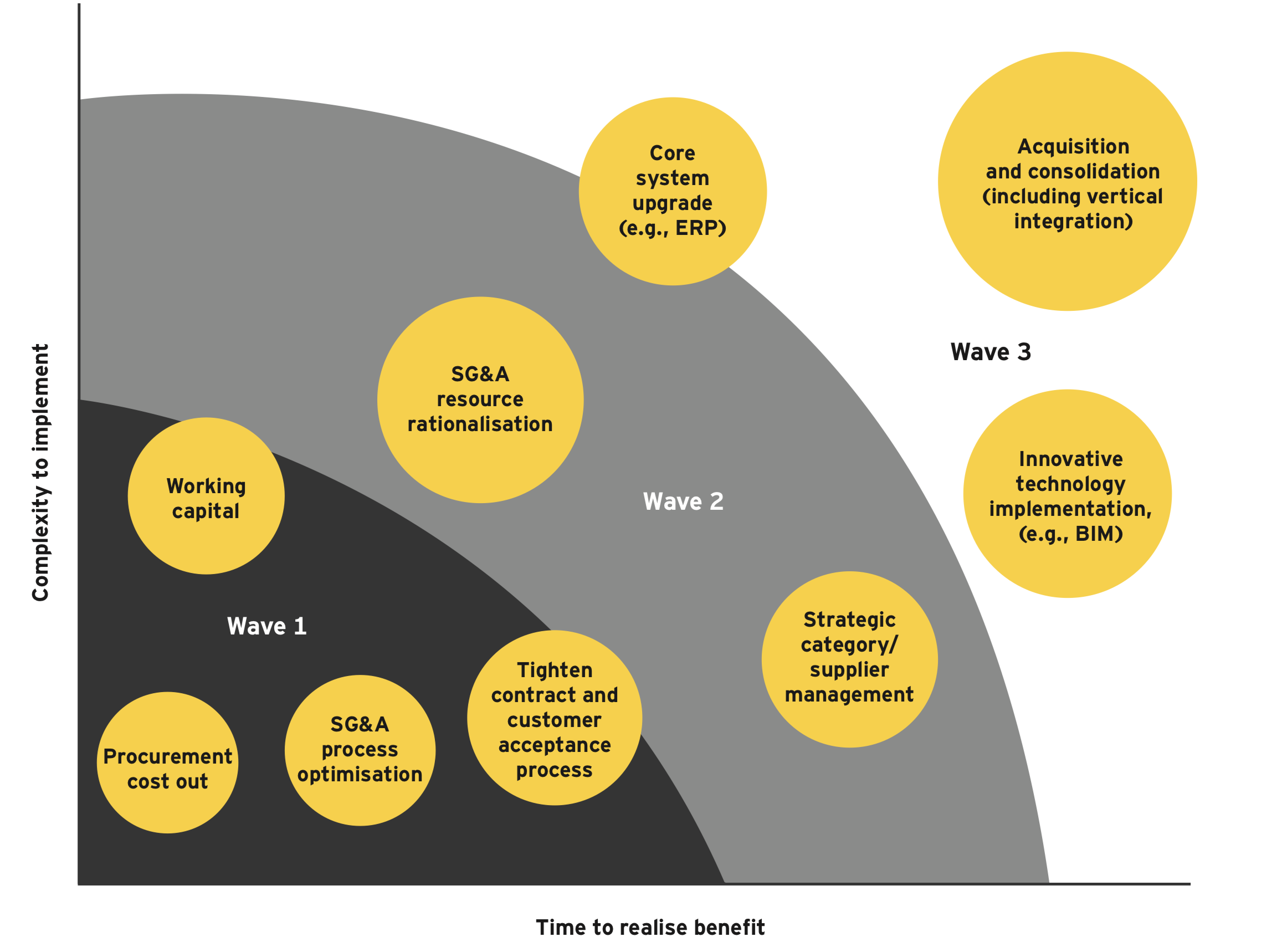