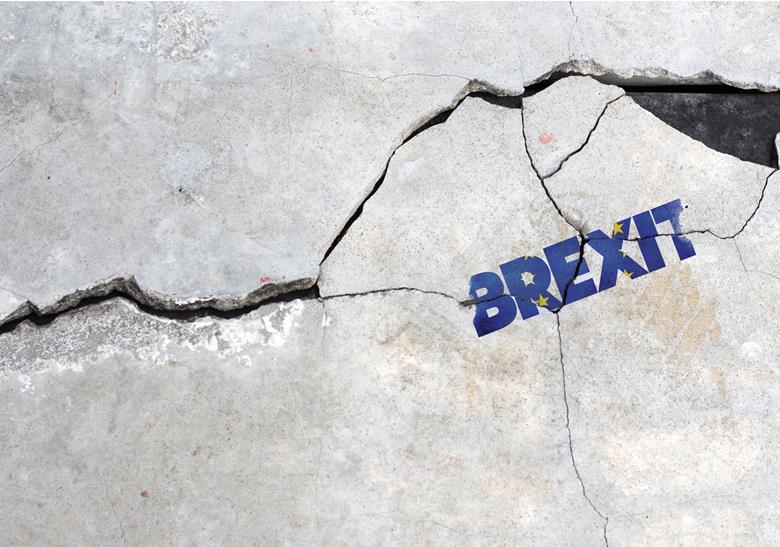 Doka UK 12 December 2018.- It is a well-known fact that the UK construction sector is undergoing major change. With the implications of Brexit still remaining unclear across all industries, this change, in whatever shape it takes, will ultimately affect the construction sector. An industry which relies profoundly upon market confidence, construction materials sourced locally and overseas as well as a reliance on EU workers, this article delves into the latest forecasts for the UK construction industry over the coming years. The following forecasts and report summaries are primarily based on the fact that the UK will be able to agree on a deal to leave the EU in an orderly process.

Construction output reported to rise in 2019

Roofing Today reports on the Construction Products Association’s Autumn Forecast and they “anticipate growth will remain flat in 2018, and rise by only 0.6% in 2019, a downward revision from its previous estimate of 2.3%.” They also touch upon the infrastructure sector which remains a primary driver of growth for the whole construction industry, with output forecast to hit a historic high of £23 billion by 2020.

Noble Francis, Economics Director at the Construction Products Association said: “We are still expecting construction output to increase next year but this growth is highly dependent on house building outside London and also major infrastructure projects offsetting falls in activity in other sectors. “The forecasts assume that the UK and EU will agree a deal on Brexit towards the end of the year but the continued uncertainty over a ‘No Deal’ Brexit has already had a big impact on new orders in construction sectors dependent on high upfront, often international, investment for a long-term rate of return. These include the construction of prime residential in London, industrial factories and commercial offices towers. Even if the UK government eventually agrees a deal with the EU on Brexit, construction output in all these sectors is expected to fall sharply during 2019 due to falls in new orders, which have already occurred in the past 18 months, feeding through to activity on the ground. “Looking on the positive side, if the government is able to reduce the uncertainty sooner rather than later and improve delivery of major projects, to time and budget, then the risks to the forecasts are on the positive”.

Rising costs are increasingly an issue

The Construction Index identifies that the rising costs impended by Brexit could see the profit margins for leading contractors and specialised contractors being reduced:

“The CPA’s Construction Trade Survey for 2018 Q3 shows that during the quarter, a net balance of 27% of product manufacturers, 25% of main contractors, 16% of SME builders and 10% of civil engineering firms reported an increase in activity. Output was reported lower for most specialist contractors. The new orders and enquiries logged in Q3 indicate that the drivers of growth in the next 12 months will be private housing, repair & maintenance and infrastructure work.

Rising input costs have been reducing profit margins for main contractors and specialist contractors since the beginning of 2017, the CPA says. In the third quarter of 2018 a net balance of 80% of main contractors reported a rise in materials and labour costs, 90% of product manufacturers reported an increase in fuel costs and cost rises for civil engineering contractors reached a three-year high.

CPA senior economist Rebecca Larkin said: “The industry looks to have maintained some of the momentum from its catch-up in the second quarter. However, beneath the top-level growth rate, firms throughout the supply chain are grappling with a narrowing base of activity led by private housing and infrastructure work and rising costs for labour, raw materials and fuel. This triple threat for input costs is placing a clear strain on contractors’ profit margins, worsening confidence in an already-heightened environment of risk aversion.”

Civil Engineering Contractors Association Director of external affairs Marie-Claude Hemming said: “We welcome the fact that the infrastructure sector has enjoyed a second quarter in a row of growth, but there are some concerns as to poor growth in future orders. Given the substantial pipeline of work that exists, we would expect that order books would be rising at a greater rate that they have done in the last six months. It may be that clients are wary of investing given the uncertainty surrounding the effects on the economy of the UK leaving the European Union in 2019, and the inability of businesses to plan adequately for the future, given the failure of Brexit negotiations to progress beyond their current impasse.”

The impact of Brexit to differ amongst regions in the UK

The magazine ‘Building’ have published forecasts on how Brexit could be set to impact in a segmented way by regions in the UK. We take a look at their conclusions:

“Construction firms across the country remain in limbo over Brexit, amid mounting concern over what could be biggest the economic gamble in generations, especially as a no-deal scenario looks increasingly likely. Britain could pay a heavy price for leaving the EU, with Brexit putting more than 2.5 million jobs and almost £140bn of economic activity at risk. More than two years after the decision to leave, there are still few certainties about Brexit, and it continues to divide opinion, but it is clear the change is set have a seismic impact on the way in which construction operates in the UK.

The impact of leaving the EU will not be uniform across the UK, because of differences in the vulnerability of the construction sector across the various regions. For instance, some parts of the UK, such as northern England, export the vast majority of their goods to the EU and will be more affected by the higher trade tariffs that would be set under a no deal scenario.

Meanwhile in London a key issue is a shortage of foreign labour after Brexit, as one-quarter of construction workers in the capital are from the EU – unlike in the rest of the country, where they account for just 4%. Nevertheless, an exodus of migrant workers from London could have a knock-on effect on other parts of the country if rising wages due to labour shortages attract workers from other regions to the capital.

In terms of future prospects, the picture is brightest in Wales, where construction output is projected to increase by an annual average of 4.6% up to 2022. This is largely due to big public sector infrastructure projects such as the Wylfa nuclear power station and the M4 upgrade. By contrast, output in London – which accounts for much of the commercial work in the sector, an area that could be hit hard by Brexit – is expected to grow by just 1.5% annually”.

UK construction PMI rose to 53.2 in the month – its second highest level in 16 months

The Independent highlights other trends and figures that would be positive without the context of the short-term construction sector:

“The latest Purchasing Managers’ Index (PMI) survey showed optimism falling to its lowest level in six years and firms citing “uncertainty related to Brexit” as a major factor undermining confidence in the month. However, the PMI rose to 53.2 in the month, its second highest level in 16 months. Civil engineering grew at the strongest pace since July 2017.”

“On the surface, the construction sector showed growth but there was plenty for businesses to be concerned about underneath,” said Duncan Brock of the Chartered Institute of Procurement & Supply, which sponsors the PMI. “Despite improved activity in October, it is evident that there are significant headwinds hampering the construction sectors’ ability to sustain healthy growth,” said Howard Archer of the EY Item Club. The PMI survey for manufacturing showed that activity in the sector hit a two-year low in October, reflecting the impact of a slowdown in global trade.