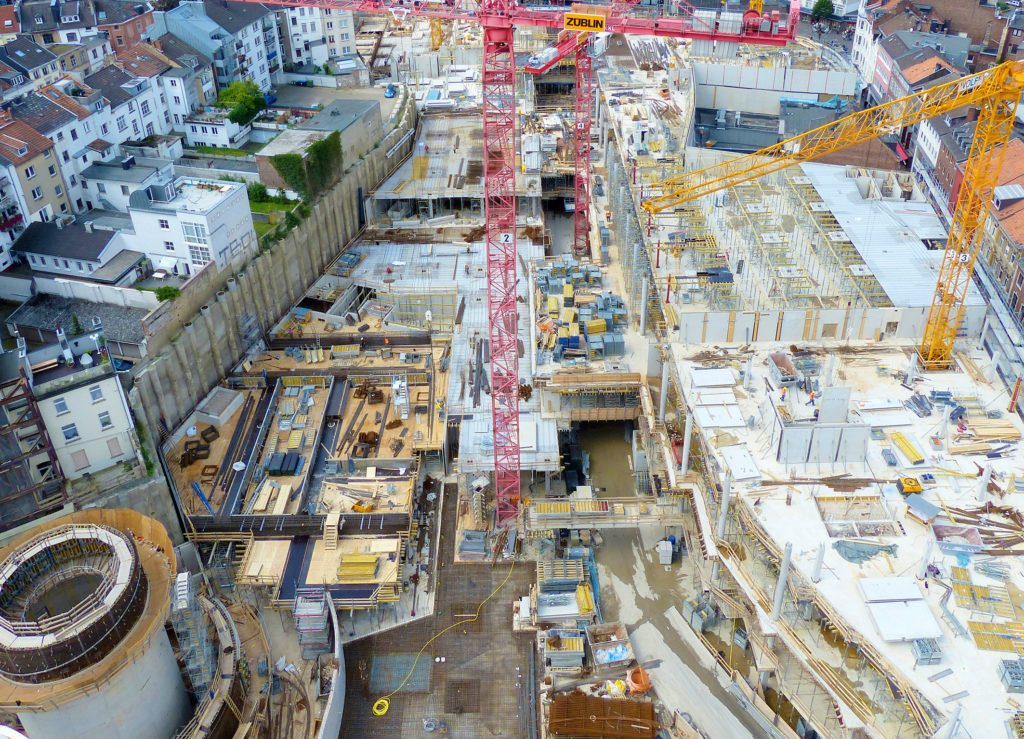 UK, December 20, 2016. – Summarizing 2016 in the construction sector in the United Kingdom is a complex activity. Each company has our opinion, our valuation over the last twelve months. For this reason, we have decided to go to a medium of communication, a market player with capacity for observation, information and share constructive analysis. Next, we publish the 2016 summary and what may happen in 2017, by Construction News. We would like your own opinion in this Forum Formwork:

The next 12 months will see contractors attempt to stave off uncertainty as they deliver a huge pipeline while battling skills and tech challenges. What a strange year 2016 has been. It was one many will wish to forget, when Brexit and Trump meant political instability became a constant. David Cameron was forced to resign a little over a year after storming to election victory, a loudmouth property developer became president-elect of the United States, and Europe faced a wave of anti-establishment populism – with Italian PM Matteo Renzi the latest casualty. Next year looks no clearer politically. Elections loom in France and Germany, with the UK government pledging to trigger Article 50 in Q1, all of which are playing havoc with the financial markets and state of the EU.

The political upset wasn’t quite mirrored on the ground in the UK construction market, but it was another difficult year when the hope had been that conditions would improve dramatically. Problem jobs continue to be worked through with some claiming an end is in sight, such as Balfour Beatty and Laing O’Rourke. Others are still suffering a miserable time. Interserve’s Adrian Ringrose was a high-profile victim with a stellar career at the firm set to end after a failed move into a new sector (EfW).

We can expect more big-name moves in 2017. Could they include leaders from those set to benefit from the infrastructure boom like Bam Nuttall and Costáis?.  Their respective CEOs Steve Fox and Andrew Wyllie have been with their businesses in some form for a combined 59 years. Expect further discussion around the role of specialist contractors, which continue to challenge the tier ones and to which clients are increasingly turning to provide solutions by cutting out the top-tier middle man. “With plenty of work available and some under-performing companies in play, I would expect a foreign acquisition of a major player”.

While the role of the tier one is not under threat – and the workload is there to keep most in business – Rick Willmott’s recent comments that Willmott Dixon would do better by “accepting the fact that specialists do things better than generalists” were indicative of a wider trend. Smaller regional players such as McGoff & Byrne have said they want to challenge the status quo. And lots of them are going to do it through PRS, which will ramp up in 2017. With plenty of work available and some under-performing companies in play, I would expect a foreign acquisition of a major player, or at least continued M&A activity.

On the client side, we’re waiting to hear on a new chief executive for High Speed 2, with new National Grid director and former HS1 CEO Nicola Shaw among the names industry leaders tell me they would like to see in the role. The project continues to have its detractors, but significant progress should be made early in 2017 as enabling works construction gets under way and major civils deals worth almost £12bn are awarded. Will 2017 be the year we finally see genuine commitment to Hinkley Point C?.

The main civil engineering construction works for Crossrail are also expected to complete in 2017, and what a moment that will be for the industry to showcase its work to the world, to the public and particularly to younger people who may not have ever considered a career in construction. Ongoing projects like Tideway and the Northern Line Extension will hopefully continue to shine a light on the engineering excellence in the UK, as well as highlighting positive change in the industry, from improving diversity to community engagement on controversial schemes.

The tragedy at Didcot Power Station was the low point of the year for the industry. Investigations continue and the cause will be probed, but the underlying fact is that fatalities rose in construction last year. Safety continues to be a priority and an area where the industry works together, but it’s worth remembering these words in 2014 from Balfour Beatty’s head of health and safety, Heather Bryant. While she was HSE chief inspector of construction, Ms Bryant told CN there was a risk fatalities would increase as firms came under “pressure to build, build, build” as the industry emerged from a prolonged downturn.

Sadly, those words appear prescient, so the industry will need to ensure the increase in fatalities doesn’t become a trend. Health, the oft-overlooked part of health and safety, will finally become a major industry theme in its own right next year. The laddish image of construction will now start to be tackled in a joined-up way. CN will support campaigns such as Mates in Mind to promote mental health, being led by the Health in Construction Leadership Group and supported by the British Safety Council, as well as CECA’s Stop. Make a Change campaign that is asking companies to use a stand-down day to discuss issues such as mental health and fatigue.

The government’s interest in boosting productivity and R&D is welcome. Coupled with reports like Modernise or Die by Mark Farmer, this can ensure the industry starts to evolve more quickly by embracing new technologies and refusing to do things the way they have always been done. Robots, drones, offsite, smart design– whatever your preference is, the industry is starting to embed new ways of working into its contracts and sites, and the housing white paper due out next year will encourage further efficiency. Innovative uses of technology will gain momentum in 2017zoom inzoom out. That will particularly interest companies that are investing in modular build solutions and manufacture for design and assembly plans. Can the housing crisis finally be resolved as a result?

The Farmer Review touched on the role of the CITB and questioned the need to retain it in its current form. Make no mistake, this is an organisation under serious threat more than 50 years after it was established. “Whatever your preference is, the industry is starting to embed new ways of working into its contracts and sites”. While it retains the support of many federations, big businesses are sickened at the prospect of paying two levies and are beginning to question the value of the CITB, which will be undergoing its consensus consultation next year.

Can the training body prove it can change, modernise and adapt to meet the industry’s needs? Most importantly, it must show it can actually improve the current situation for employers looking to find candidates, including clients like Highways England that needs tens of thousands of workers. The skills shortage (we won’t be using the word ‘crisis’ in 2017) shows no signs of abating, albeit the government’s recent comments about construction retaining the ability to employ European labour might soften the blow. The commercial sector is one to watch in particular, with major projects such as 22 Bishopsgate and the City of London’s tallest tower 1 Undershaft (the ‘Trellis’) pressing ahead. But the EU referendum put the jitters among investors and Article 50 may do the same. More than 70 per cent of CN Barometer respondents (senior leaders at top-100 contractors) say clients are already changing the scope of their jobs due to viability concerns. Cost inflation was at its highest rate since April 2011 according to November’s Markit / CIPS Construction PMI, but is expected to plateau next year, with labour inflation to be the main price pressure in the medium term. The construction KPIs for 2016 found that a record number of projects were completed on cost or better in 2015, while client satisfaction with contractors hit a five-year high. But that relationship between client, surveyor and contractor will come under further strain this year, as cost pressures continue to fluctuate in a rapidly evolving market.

The commercial sector is one to watch, with major projects such as 22 Bishopsgate pressing ahead. Groups such as the Construction Leadership Council will look to move the dial on the industry’s approach to digital, manufacturing and whole-life performance, but the simple fact remains that, in the short term, margins are too low to be sustainable and will continue to be the focus of big business. How companies and clients respond to the evolution of this industry as it embraces a move towards manufacturing will be fascinating. Will clients reward those firms looking to do things differently and more progressively, but at a greater cost? Or will the macroeconomic and political uncertainty force people to revert to cloaks and daggers and lowest cost wins?.

Euroconstruct forecasts tell a gloomy story for the UK, with output declining 0.2 per cent next year before rebounding in 2018.And the policies of political and financial leaders like PM Theresa May, Bank of England governor Mark Carney and even US president-elect Donald Trump will have a major say over the amount of work that comes to market through their approaches to the EU and domestic policy, the balance between imports and exports, interest rates and much more. Uncertainty is the worst thing for the industry and is likely to cause further problems. The pendulum swung dramatically in the aftermath of the EU referendum, with projects paused or scrapped before everyone realised how long Brexit would actually take to come to fruition. But just like the negative aftermath of that vote, if the UK’s political leaders end up getting things right and the industry starts embracing a new and better way of working, the construction sector might just thrive like never before.