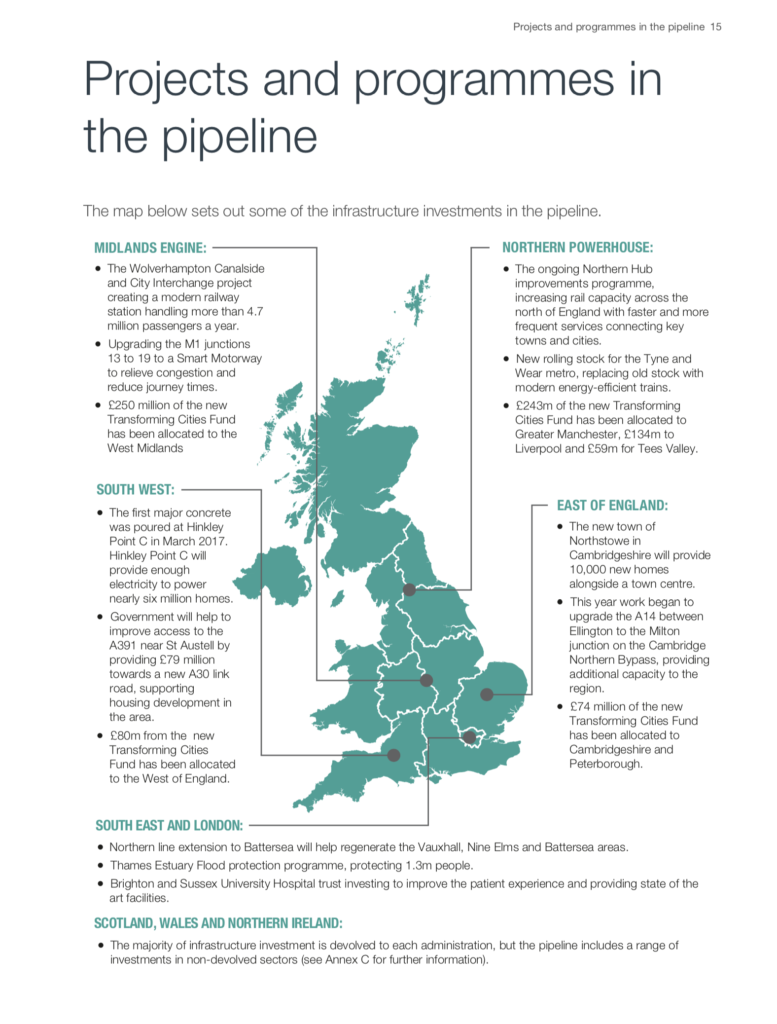 UK, December 18, 2017.- Before we look into detail around the UK employment situation in the construction industry, we will go through an examination of employment sector as a whole. We review a recent article published by the BBC.

The vast majority, four out of five, of the UK’s workers are employed in service jobs with fewer than one in 10 people work in manufacturing and even fewer in construction. The service sector jobs have grown over time: 20 years ago they made up less than three-quarters of employment with the biggest growth in public administration, education and health. Over the same period, the biggest fall has been in manufacturing, where the share of jobs has halved since the 1990s. The sector now provides employment for just under three million workers.

The world of work may once have been a man’s world, but that is no longer the case. At the start of the 1970s, a little over one third of workers were women.  But rapid growth in female employment during the 1970s and 1980s means that women now make up almost half of the workforce. However, there are still big challenges in terms of how men and women experience work, like the enduring gender pay gap – which is 18% for all workers and 9% among full-time staff. Nonetheless, rising female employment has been one of the key drivers of improvements in living standards over the past 50 years.

More recently, the workforce has also grown older. Nearly one in three people in work is now aged 50 and over, compared to just over one in five back in 1992. This trend is being driven by rising life expectancy, the progress of the large baby boomer generation through their careers and policy changes like the increasing state pension age. The changing nature of work and the jobs people do to make ends meet has become an increasingly important issue. At present, there is a particular focus on the emerging gig economy.

The term is often used to describe short-term casual work, although there is some disagreement about exactly what it means and the number of jobs it includes. However, what is clear is that ways of working that might be thought of as atypical have increased. In the UK there are nearly five million self-employed people, from highly-paid management consultants to delivery drivers – an increase of 50% since the turn of the millennium.  In addition, there are 900,000 workers on zero hours contracts and 800,000 agency workers. Both groups have grown markedly in recent years.

Less clear is what is driving this and whether these jobs provide an acceptable balance between flexibility and security for workers. As a result, the government has commissioned a high-profile review of employment practices in the modern economy which will report later this year.

Although the world of work is changing, it is still the case that most people have what might be called traditional jobs. Nearly two-thirds of people in work have full-time roles for an employer – a proportion that has fallen only slightly since the early 1990s. The average working week is 32 hours long, only an hour shorter than it was a quarter of a century ago. Even if we only focus on workers aged under 30, it remains the case that two-thirds – more than five million of them – have full-time employee jobs. However, this proportion has fallen a bit faster since the early 1990s.

With 32 million people in work overall and the employment rate at a record high, job numbers have never been stronger but for most people, living standards are determined by whether they have a job – and how much they get paid.

For the lowest-paid workers, the introduction of the National Minimum Wage in 1999 set a minimum hourly rate for the first time. It has since risen faster than both inflation and average earnings. The bar was raised further with the introduction of the National Living Wage in April 2016, bringing a 70p hourly pay rise to millions of minimum wage workers aged 25 and over.

This meant that the earnings of the lowest-paid are growing faster than average earnings – a trend which is forecast to continue. The wider picture for earnings is not so positive. The UK experienced a pay squeeze following the financial crisis of 2008, with wages growing more slowly than prices for five years. Helped by low inflation, a couple of recovery years followed, but real wages are once again falling as pay fails to keep up with inflation. We now take a look into a report of the public infrastructure sector in the UK, published by Andrew Jones MP, Exchequer Secretary to the Treasury. 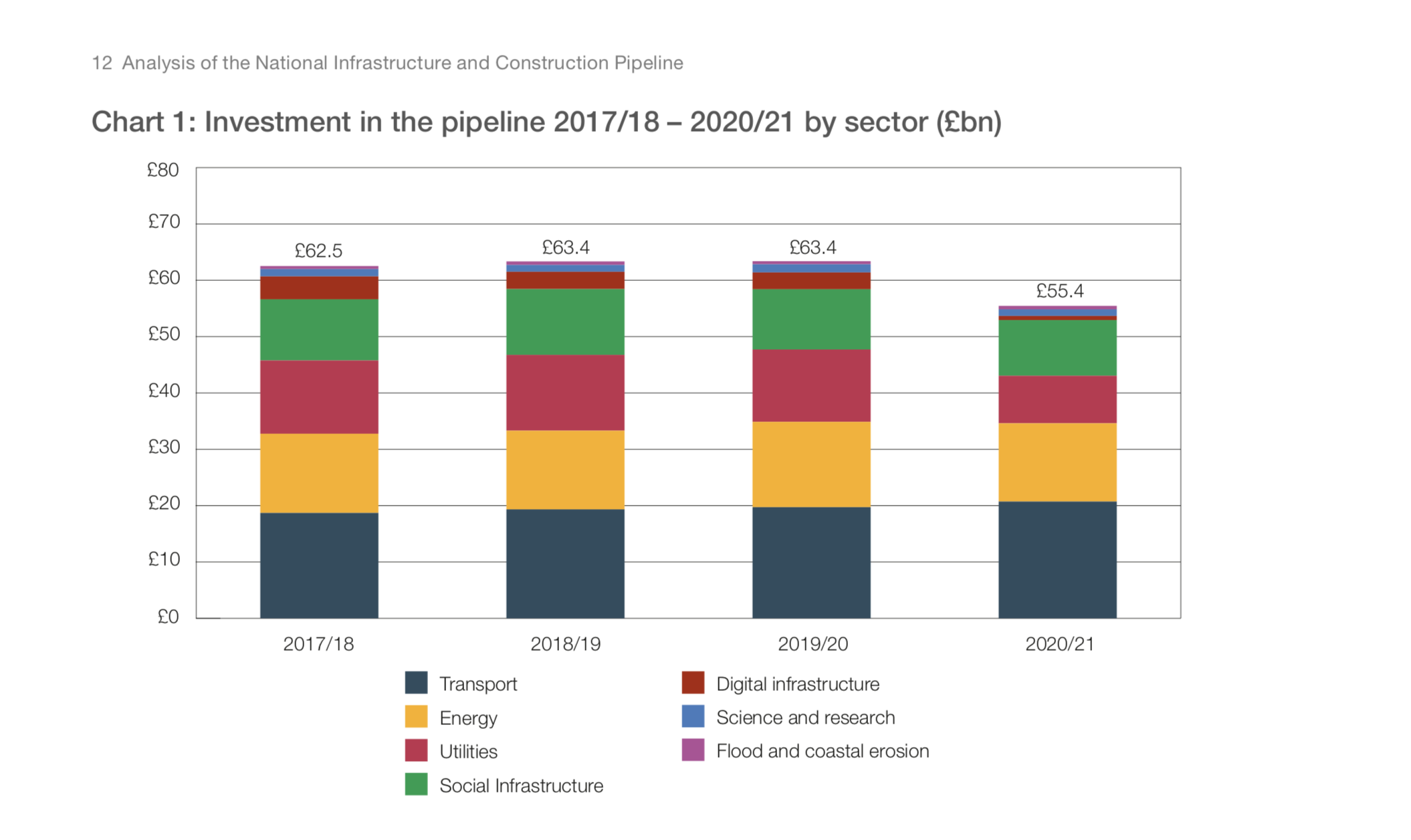 The horizon infrastructure designed by the Government

The following report: ‘Analysis of the National Infrastructure and Construction Pipeline’, published on December 6, 2017, analyses the public infrastructure sector in the UK. “Infrastructure has the power to increase our living standards, drive economic growth and boost productivity. This government is building an economy that is fit for the future by investing for the long-term. We have put infrastructure at the heart of our economic plan and it is a central pillar of the Industrial Strategy. The UK is at the forefront of infrastructure delivery around the world. We are investing at record levels. The Institute for Fiscal Studies has suggested that public sector capital investment is to increase to levels not sustained in 40 years.  The 2017 update to the National Infrastructure and Construction Pipeline sets out details of over £460 billion of planned infrastructure investment across the public and private sectors. Looking across the next ten years, we project total public and private investment in infrastructure to be around £600 billion.  For our investment to be realised we need delivery of complex infrastructure projects on time and on budget. This requires long-term decision making, significant capital investment and a renewed focus on our priorities. We have already taken steps to improve our delivery framework. The creation of the National Infrastructure Commission and the Infrastructure and Projects Authority (IPA) were significant steps towards ensuring we make the right long-term investment decisions and then deliver those investments as effectively as possible.  We are already seeing results in our strong delivery record, which we should be proud of. More than 4,500 infrastructure projects have been delivered since 2010 and 98% of our 158 long-term national priority projects are complete or on track to deliver. This government will continue to take steps to deliver our pipeline more efficiently. Alongside this report the IPA has launched a new, long-term change programme, Transforming Infrastructure Performance, to improve the delivery and performance of UK infrastructure.  We are doing more, spending more and we are better organised than ever before. That means we have greater expectations from our investment, including more efficient methods of delivery, to speed up the pace of delivery and generate better outcomes for taxpayers. I ask that businesses and investors skill up and scale up in order to meet this rising demand. Doing so will mean we will have the confidence to deliver our future pipeline and see investment continue to flow for the next 10 years and beyond”. Economic newspapers also agree on the figures. We now take a look into their analyses.

Construction workers from the EU should have the right to “settled status” in the UK after Brexit, industry bodies have urged. The construction sector, which employs around 3 million people, faces “cliff edge” skills shortages over access to EU workers, the seven bodies said. The Home Office said there would be an “implementation period” for a new immigration system after Brexit and EU citizens would be able to apply for settled status, it added.

The UK already has severe construction skills shortages, the bodies said in their new Construction Industry Brexit Manifesto. These could be exacerbated without a two year transitional period that involves “a clear path to settled status”, it said, not only for EU workers who are already here, but for those who arrive within that period. “For those entering the UK during the implementation period there appears to be little certainty that they will have the right to remain beyond those two years,” it said.

The industry wants to recruit and train additional UK workers, but this will take time, said Brian Berry, chief executive of the Federation of Master Builders. “We know we need to step up as an industry and train more home-grown talent but we also have to be realistic about the future.

“There will continue to be some ongoing need for migrant workers and our post-Brexit migration rules will need to be fit for purpose,” he said. Richard Beresford, Chief Executive of the National Federation of Builders, said: “With the country facing a shortage of skilled workers and the most acute housing crisis in living memory, the government needs to provide certainty to existing EU workers in the UK and enable construction SMEs to attract more home-grown talent into the industry.”

A Home Office spokesman said the government would put a post-Brexit immigration system in place “which works in the best interests of the whole of the UK. “We are carefully considering the options for the future immigration system and will set out our plans shortly. “We have already been clear there will be an implementation period after we leave the EU to avoid a cliff edge for businesses and that EU citizens already working in the UK will be able to apply for settled status so they can stay,” he added.

UK immigration minister Brandon Lewis had a meeting with construction industry representatives in September to listen to their views, the spokesman said. He added that the UK was “within touching distance of an agreement with the EU on citizens’ rights” after Brexit. In September activity in the UK construction sector contracted for the first time in 13 months, a closely watched survey said.