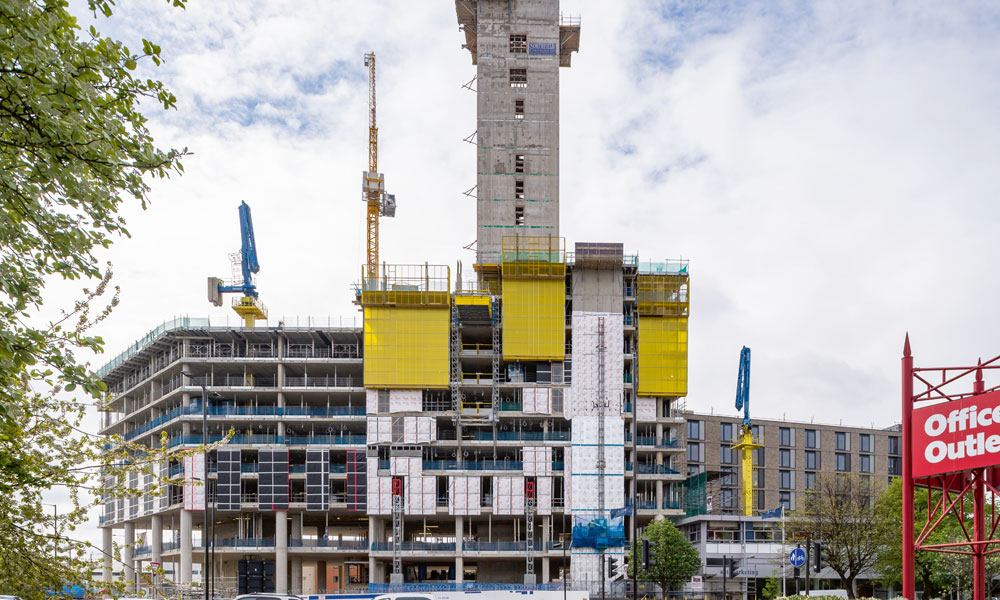 UK, August 22, 2017.- The Latest Sheffiled’s Chinatown is a project with numerous interesting features for any construction professional. The development of the New Era in the roundabout of Bramall Lane has been explained by RCM Media in the following article.

Heralded as ‘Sheffield’s Chinatown’ and ‘Sheffield’s own version of New York’s Times Square’, the £65million New Era Square development has the city waiting with bated breath to see the finished first phase of the scheme, due to be open less than a year from now. The biggest source of anticipation is the whopping 21-storey tower, the lift-shaft of which now plays the leading role in many a Sheffield-skyline photo on social media.

The first phase alone will boast the new home of the 40-year-old KH Oriental Supermarket and 13 prime shop and restaurant units. Retailers can now bid for one of the much-sought-after units in the development, which have attracted interest from Chinese restaurateurs, cafés, a live seafood store and a national fish and chip chain. New Era Development, the multi-million-pound property development company that is responsible for the Square, has chosen local firm Campbell and Co. www.campbell-co.co.uk to manage all commercial lettings for the scheme.

The smaller units will house Oriental, city-style kiosks selling lunch to take away. There’ll be everything from steamed pork buns called ‘bao’, to bubble tea and noodles in the style of the hip, modern street food vendors of international cities like Beijing or Shanghai.

If you’re lucky you might get your hands on one of the 12 exclusive private apartments atop the tower. The one, two and three-bed private apartments will sit above several hundred luxury student studios, the first of which are already being let to students moving in this September. If that’s not enough to stir your curiosity, by 2019 the second phase will add more shops and restaurants, student accommodation, an underground car park, offices and conference suite for a China-UK Business Incubator (read more on page 23), all surrounding a pedestrianised public square for the world to enjoy.