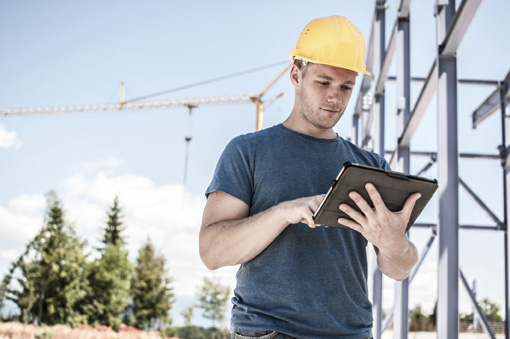 UK, May 16, 2017.- Daily Reporter, as it has done since 2013, has published an interesting list with 17 applications (APPs) of construction, after a detailed survey. They are interesting because of the functionality of each APP and also because of the many comments they have made among construction professionals. No doubt, it is a reference guide and we take the opportunity to ask you if you work with other APPs, please indicate this in the comments section in this information:

SmartBidNet makes the list for the second time in three years. The bid-management app continues useful updates to its interface. It allows users to open files using Safari and save them to a variety of third-party apps such as iBooks or Dropbox. It also streamlines prequalification, subcontractor management, invitations to bid, and document collaboration. Available for both Android and Apple.

PlanGrid makes the top app list every year because of its ease in letting contractors and architects collaborate on all their project plans, specs and photos. It also allows the team to track revisions in real time. Available for Android, Windows and Apple.

Developed by a construction-project manager, iNeoSyte is a management app that allows you to generate daily reports from your sites. Site owners and managers can keep track of contractors and subcontractors, their progress, and health and safety performance.

Autodesk’s suite of apps contains everything from BIM to a sketchbook app. One of its newest apps, Site Scan, is an aerial analytics platform designed to survey, scan and inspect commercial worksites by way of a 3DR drone.

The European startup company has designed an app that connects the office and field. It allows users to observe live project updates, reports and tasks from all projects. Available on Android and iOS.

The app makes the list again for its many updates in 2016, including automatic reminders for when a shift should start and end. The app is free for iPhones and Androids. The app uses the phone’s GPS to create a geofence to capture hours worked within a designated site.

The web-based software is accessible by any smartphone or tablet (even a Kindle) and allows you to track, submit and approve employee hours, expense, asset and documentation data anywhere, anytime. Data are recorded in real time.

Users can add and approve timesheets on sites without an Internet connection. You can also store employee information, as well as create custom forms, requisitions, purchase orders, and roll calls.

SiteDiary launched in April and already has more than 1,000 users in 20 countries. The app saves time by generating custom reports and sharing progress and issues. It also allows for real-time site progress and monitoring. Available on iOS, Android and Windows devices.

The Quiicker app launched in 2016 and is designed to replace standard systems used to manage construction projects. It allows users to generate to-do lists and instantly share construction reports using photos, annotations and signatures — all in a .pdf format. Available for Apple devices.

The task management app lets project leaders, foremen and superintendents delegate jobs and tasks, whether they’re in the field or office. Users can create tasks tied to blueprints, job sites or projects, and categorize tasks by job type and share drawings and more with co-workers. Available for Apple, Windows and Android devices.

Looking for more business? Who isn’t. With MLeads you can capture and organize leads by events or groups (including scanning a business card) and research your new lead’s background on social media with one click. You can also share your business card and video profile instantly with prospects, even if you’re not on WIFI. Available for Android and Apple devices.

The app by SafetyCulture allows users to build checklists, conduct inspections and file reports from your Apple, Android and Windows devices. You can standardize your inspection process and review performance with various teams, locations, templates and more, even when you’re offline.

JobProgress’ motto is “Built for Contractors by Contractors,” and is a cloud-based app for home-improvement professionals. The app features job and workflow management; online sales and marketing; and estimating, quoting and scheduling — all while in the field. Available for Apple and Android devices.

“Peace of mind for just 23 cents per day.” Now available for both iPhones and Android devices, the app detects falls by using your cellphone’s built-in accelerometer. If the app detects a fall, an alarm alerts your emergency contacts by email, text and voice message while providing your location using GPS.

Want to get to the job site on time? The Wisconsin Department of Transportation will soon have an app for that. WisDOT launched its free, real-time traffic program in 2004 and later this year will begin working with the traffic and navigation app Waze to provide its Connected Citizens Program. The goal is to give drivers more information to avoid congestion and make informed decisions.